In the previous lesson and here we are discussing that all our actions be it merely intentions or intrinsic actions are nothing but tendencies in our minds; this latter case being nothing but our own existence and related varieties of our being. However, at the start, we are attributed with such attentiveness at an eminent ego superiority standing in a generative form; whilst at the end by transpiring them into deeds they become extrinsic actions in an elaborative manner. Even our current existence does not belong to us; it is however given ownership to us by God thus it is not a contributive constituent in us (fa la tafviz (thus not assigned)). On the other hand, we own nothing but drawing attention towards our predetermined faculty, and thus we are not compelled in taking whatever action we deem (fa la jabr (thus not predestined)).

Freewill is also a faculty bestowed to us by God Almighty which actually means having freedom and autonomy. We have also realized that freedom does not mean to be restricted to only one side of the scale of conduct. One who is free must maneuver both sided to stay on balance such that to be able to take up or abandon an act as deemed rational; otherwise by favoring one side, freedom would be meaningless. Such freedom in action are God given but it should be noted that freedom is itself given to us by God, thus, our action is performed segregated from involvement of God. He has allowed us that much of His freewill to be able to be dominative over both scale sides of our deeds.

Another subject to discuss here is that in order to know the reality of actions, you should consider your ego superiority. In the example we presented we asked to imagine the letter “B although other examples can also be depicted such as the imagining of a tree, a mountain, someone walking or laughing or crying, etc.; all of such contemplations can be ended by rebuffing attention paid to each and whereby your mind moves to the status of judicial professing, which we shall discuss later. However, you shall find that the termination or continuation of such forms is in your hand; the existence of that constitution (your vision = a man walking …) is you yourself and the contemplation over such trait is an ignited flare of your existence; however, as long as you have not yielded attention, this predetermined faculty (existence of such attribute) would be within you overshadowed in an amazing and extraordinary way by your potentiality, fervor and zeal and as soon as you have become attentive then that existence manifests in a weak form.

For better understanding of above issue, here are examples from one of the eminent masters of doctrines. These examples may seem in some respects ambiguous but we suggest taking heed of those aspects that make the subject closer to understanding. This great man asserts: “Using a switch you turn a lamp on. What is the light in this lamp? The light of the lamp which is illuminative energy is received from the electrical energy from generators, power plants; and nowhere else. This energy is not the actual energy of the power plant nor is it from any other source. In fact it is the weak manifestation of the flow of energy from the generators yet not all the energy they generate. In other words, a part of the power plant energy in this lamp is illustrated as a certain form of light. It is evident that the power plant from the aspect of intensity and potentials of energy would conserve the light of the lamp in a better and more superior manner. In the current situation, the illuminative energy of the lamp compared to the energy of power plant is weak and should the energy stay in its original state then it would be very strong and highly intense. This is true about an electric iron connected to the mains, or the fridge or TV or any electric device in the home. Another example by the noble master is that if we imagine a dot-like light source that emits conically expanding rays, then the more distant we get from the light source and approach the outer base of the light cone, the intensity of the light diminishes due to the light becoming expanded and attenuated; and vise-versa the nearer we get to the tip of the cone, the light intensifies further because it is inclined towards unity and potentiality. The tip of the cone where light is most intense and bright, holds the most diversified superior and potential formation, except that when the light is emitted all are exposed in various forms.

Now that you have gained insight through such examples, we remind that before you ponder over attribute of a man walking… and create it and/or engender to existence another attribute inside or outside of the root of your inner-self, you would find that you are attributed with and own all of such entities at the most supreme and potential level. Also, you shall find that before taking action, you possess all those existences but when you take action, those beings transpire in a weak form and transmit from that unity and potentiality into multiplicity and interconnection. Now that we know about this discernment of man, we understand the reality of power; since, it is found that the root of my power is my ownership depends on occurring of predetermined faculty whether as subsistent or non-subsistent form.

To that end, the power of man prior to becoming attentive – i.e.: taking an action – has potency and perfection but after taking notion and attention, or to say, take action it becomes prone to defect and weakness. This is because, before taking any action, the potentiality of one’s existence shall be in the most superior form eligible to all actions and by doing different things an orientation is created within the person towards multiplicity; multiplicity on contrary to unity – the origin of power- is the root of weakness. In any case, the power of human prior to envisioning an entity is optimum and absolute, but after heeding attention, power becomes demonstrative and deficient. When this happens in that one having potentiality and intensity for actions that, when performed would merely attenuate in intensity and would weaken and afterwards be manifested, then merely by freewill one’s attribution can be sustained in judicial professing and the already performed acts be ignored altogether; a situation wherein the person is merely involved, and is very powerful due to existence of his potentiality and needless of one’s actions and does not gain perfection due to the essence of actions taken but that being inclined towards multiplicity and weakens (in other word, becomes deficient due to deeds performed. Evidently, it must not be thought that man does not become defected after his action; in fact it is the predetermination entity that declines from the intense, potential and superior stage to the stage of weakness, multiplicity and inferiority. As such, man does not prime by his action and since he does not gain supremacy in actions he is contributive and in fact he contributes. He in his actions is an absolute initiator and in this respect he is a donor thus endows.

All said to now has concerned the actions of ego superiority and you can well acknowledge here that the difference between the innate (ego) actions and exterior actions are only in the former being without instruments (Belalah) and the latter with instruments. Thus, such a fact would very simply be generalized to the ego inferiority and exterior actions. This means, what we said about the visioning of “a man walking or crying or laughing, etc.” would become concordant with such actions as eating, sitting, etc.

We shall resume the rest of the lectures in the future time. 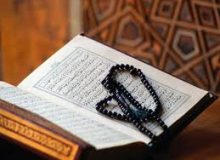